Starting the SecurityServer is done via a starting script. As it is a java application, it is also possible to wrap it on windows as a service. There are tools on the internet that can do this.

On a Windows machine procrun showed to be a good tool for starting (and stopping) the SecurityServer service. The delivered service-wrapper can be used. 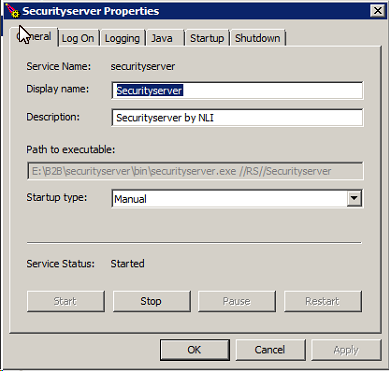 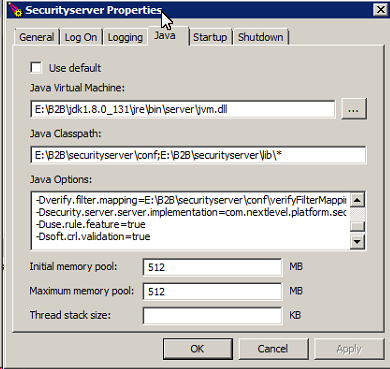 You simple can start the server using the os dependent start-store.sh or start-store.bat file. If the configuration is correct, you should end up with a message in the console, that the SecurityServer has been started.

There are several configuration options you can choose from to influence the working behaviour of the security server. For a detailed list, look here.

If you use Linux and have performance issues by starting the security server, you must improve the generation of entropy on your system. For that you have to install haveged (tested on Debian) or rng-tools on your virtual server.